Manchester City midfielder Fernandinho has declared that he and his teammates are “calm” over Sunday’s Premier League title decider. 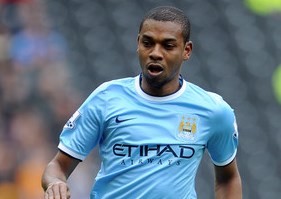 If they can defeat West Ham United, Fernandinho and City will be champions.

The Brazilian international told the Daily Mail: “The whole squad is calm. Every training session is about doing what we do and keeping calm.

“Maybe there were a few nerves in the first half (against Villa) but in the second half we changed slightly the way we play – and scored four goals. That’s great for us.

“In the next few days we’ll be just the same, we’ll keep calm and hope that we play a very good game on Sunday.”