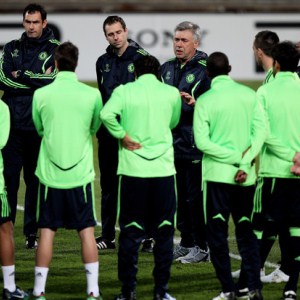 Fernando Torres and David Luiz participated in their first ever Chelsea training session after making their multimillion dollar switch from their respective clubs.

It was confirmed that Fernando Torres has been included in Chelsea’s Champions League squad while David Luiz misses out due to ineligibility.

However all is not lost as Luiz will be eligible to play in the FA Cup and Chelsea has confirmed that the former Benfica defender will be wearing the No.4 at the club.