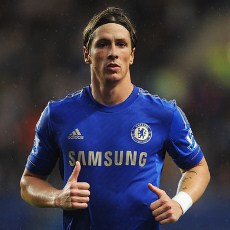 It has been revealed that Chelsea striker Fernando Torres is eager to return home to Spain.

The Daily Mail reported that the Spanish international has his heart set on a return to Spain as he looks to recapture the form that made him one of the most feared strikers in the world.

The idea of having the Chelsea failure on his CV certainly irks the ex-Liverpool striker, but he has privately accepted he must leave west London, with Spain his preferred destination.

Potentially, Torres could return to Atletico Madrid as part of Chelsea’s move to sign Radamel Falcao.

Christian Atsu Eager To Prove Himself To Chelsea