Chelsea striker Fernando Torres has declared that he has not given up on making Spain’s World Cup squad. 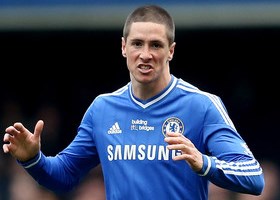 The 30 year old has struggled for form for club and country, and faces stiff competition to secure a place at this summer’s tournament.

“The World Cup is just around the corner and those who are in the best form will be the ones to go,” Torres tells Spanish daily sports publication AS.

“I will work, which is the only thing I know how to do, and the final part of the (club) season is very important. We are up there in the (domestic) league, through to the next round of the Champions League and it could be a great end to the season.”