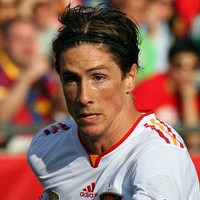 Fernando Torres has revealed that he is ready to give his best for Chelsea after a free summer.

The Spanish international has admitted he still has lots to prove to Chelsea fans six months and one goal after his £50million transfer, but is looking forward to a campaign without excuses.

“It was a difficult four months last season but now I am already settled and happy, feeling sharper.

“I could enjoy my holidays in the summer after five years without a break so I am happier after some time with my family and a rest and I feel ready to start the season.”