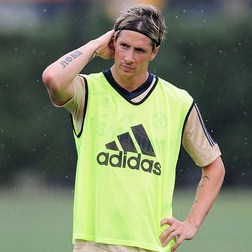 Fernando Torres has admitted that he would have done things differently over his move from Liverpool.

The Spanish international striker admitted the £50m fee Chelsea had coughed up for him weighed heavily on his shoulders.

But the former Liverpool hero held his hand up and admitted he would have done things differently if he had arrived at the Bridge now.

He told La Razon: “You can think ‘Maybe Chelsea was not the team’. But if you are a great player, you have to find your place, I’m not the first one to whom this has happened.

“I think I didn’t know how to be a point of reference there. And that is what I am trying to achieve. I am obliged to succeed in making my team-mates need me. When you arrive at a club like this, what you had done up to that point means nothing.

“It’s not a question of whether they welcomed me or not it’s the fact you are just one more player. It’s not a team or a club where they look at the details — your gestures, how you train, how you behave.

“No, you arrive there and you are one more of the team. You only have to be a star on the pitch.

“They are veterans and they don’t have to give an example. If I arrived now again for the first time, I would do things differently.

“I would try to be one more of the team and adapt to the situation. Now I know that from the first day you have to think of yourself more and try to demonstrate to your team-mates that you are one more of them. I was paying attention more to what was my place rather than worrying about earning a place.”