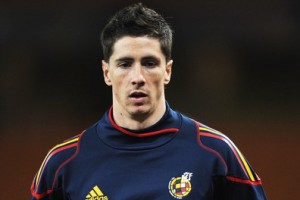 Liverpool striker Fernando Torres has declared that he is not interested in a reunion at Inter Milan with Rafa Benitez.

The Telegraph has reported that the Spain international has been cagey over his future throughout the World Cup, declaring that he wants to hear from new manager Roy Hodgson over his plans for Liverpool before he decides what he wants to do.

Earlier this year Torres made his intentions clear that he wanted the club to strengthen significantly this summer but they have to generate funds first.

The player is believed to want to stay in England, unless there is a bid made for him by Barcelona who he regards as the only other club he would consider moving too.

He has told friends that he wants to now be challenging for major trophies and is desperate to win the Champions League, so leaving Chelsea in the boxseat for the Spaniard.