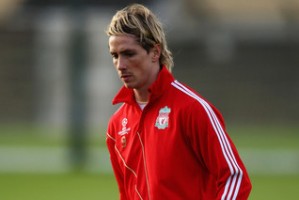 Liverpool striker Fernando Torres is being linked with a summer move to Barcelona.

It has been reported that Barcelona are convinced that Liverpool will be forced to sell the Spain star due to the club’s huge debts.

It is also believed that Real Madrid are keen, but the former Atletico captain would never consider a move to the Santiago Bernabeu.

It is reported that Torres feels “a great sympathy” for Barcelona and “wouldn’t hesitate a single moment” to move to the Nou Camp.