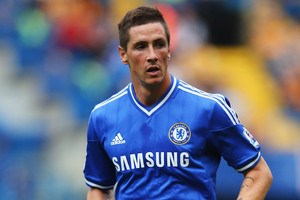 Interesting transfer news are out claiming that Chelsea are preparing to sell Fernando Torres after signing Samuel Eto’o from Anzhi Makhachkala.

The 29 year old Spanish international has fallen down the pecking order at Stamford Bridge since Jose Mourinho’s arrival and could be offloaded this summer following the arrival of former Barcelona and Inter Milan ace Eto’o.

Mourinho now has Eto’o, Romelu Lukaku and Demba Ba on his books and is believed to be looking for a suitor for Torres who cost the West London club £50million in 2011.