Fernando Torres To Be Loaned Out To Spain In January 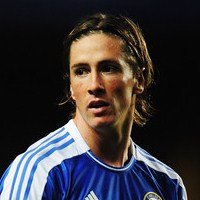 It has been revealed that Chelsea intend to loan out Fernando Torres in January.

The Sunday Mirror has reported that the Spanish international striker is set to be loaned out in January if he fails to find his goalscoring boots.

A temporary deal, ­probably back to Spain, is ­being considered by Blues boss André Villas-Boas as he attempts to solve Torres’ loss of form.

They have not considered selling Torres because his poor form has decimated his market value.