Reports are out claiming that Chelsea face a massive payout if they’re to get Fernando Torres off the books this summer. 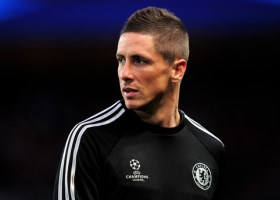 The Daily Mail reported that Chelsea face a staggering £10million bill to get Torres out of Stamford Bridge as the forward prepares to dig in over his £175,000-a-week contract.

Manager Jose Mourinho has made it clear Torres has no future at Chelsea and questioned whether he is ‘a real striker’ following the 3-1 defeat by Paris Saint-Germain on Wednesday.

Torres, 30, has two years left on his lucrative contract.

The Spain striker will not be able to command £175,000 a week anywhere else after a disastrous spell in London, but wants to be compensated for taking a lower salary elsewhere.

Romelu Lukaku Plays Down Mourinho Rift : I Will Return To Chelsea! Pogba To Turn Down Chelsea, Real Madrid For Juventus Stay