Fernando Torres has declared that he wants Atletico Madrid to be a title challenger this season. 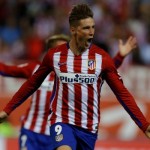 The former Liverpool and Chelsea striker struck in defeat to Barcelona on Saturday.

“My goal this season is like the whole squad’s: to get to the end of the season with a chance of winning the title. We have a down-to-earth squad that respects rivals but is also ambitious.

“They know that to reach that goal we have to win every Sunday. We’re hosting the champions, the team everyone wants to beat and we want to show ourselves that we can compete. That’s the goal. On a personal note, I want to win a title with my team, Atleti, and why wait when we can do it this year.”