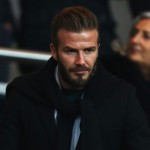 It has been revealed that David Beckham has hit out at FIFA over the corruption allegations against world football’s governing body.

In the wake of the recent arrests of a number of past and present FIFA officials and Sepp Blatter’s resignation as president on Tuesday, former Manchester United, England and LA Galaxy star Beckham has slammed the organisation.

The former England captain told Sky Sports News HQ : “Some of the things that we now know happened were despicable, unacceptable and awful for the game that we love so much,”.

“Football is not owned by a few individuals at the top, it belongs to the millions of people around the world who love this sport.

“It is time for FIFA to change and we should all welcome it.”