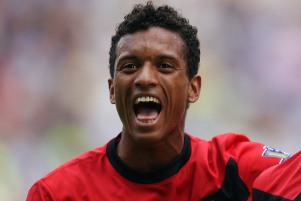 Interesting transfer news are out and it has been reported that Italian outfit Fiorentina are reportedly lining up a bid for Manchester United winger Nani.

Following news of a recent row with United manager Sir Alex Ferguson, Nani has come of interest to a number of clubs with the Viola believed to be preparing a loan bid.

It is understood that Fiorentina want the Portugal international winger to spend six months in Florence before signing him permanently for about £15million.

However it is believed that Fiorentina may face some competition from Serie A rivals Inter Milan for the talented winger. Manuel Neuer : We Showed Too Much Respect To Manchester United!