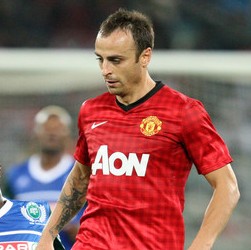 Reports are out claiming that Italian club Fiorentina are lining up a bid for Manchester United striker Dimitar Berbatov.

The veteran Bulgarian striker is available from United, which are now willing to drop their £5 million asking price to get him off their books.

Fiorentina are expected to open talks with United today over a fee for the Bulgarian.