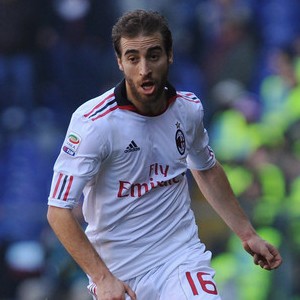 Mathieu Flamini has blasted back at Tottenham boss Harry Redknapp ahead of their Champions League showdown.

Tottenham defender Vedran Corluka is still out with ankle damage after the challenge by the AC Milan midfielder, which Tottenham boss Redknapp branded a ‘leg-breaker’.

The French international has blasted back ahead of Wednesday’s Champions League last 16 second-leg clash at White Hart Lane.

The former Gunner told The Sun: “In four years in the Premier League I’ve never injured an opponent. I was never sent off in England. Never.

“I am a defensive midfielder so of course I am in the ‘tough’ area of the pitch but this was the first time a player was injured by a challenge I made.

“I am not a dirty player. I didn’t have a bad intention.

“I can understand people complain about what happened. But I think it’s part of the game.

“I apologised for what I did. Unfortunately he got injured but I went to the dressing room and apologised to Vedran personally and he accepted it.

“I’m not saying I was in the right but let’s not make such a fuss. I’d never injured anybody before.

“It’s really tough to hear that I went for the guy and I went to break his leg. Not at all.”