Mathieu Flamini has declared that Arsenal cannot afford a slow start in their FA Cup quarterfinal tie with Everton. 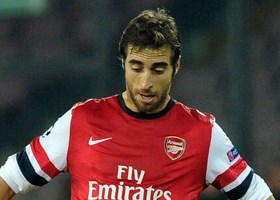 The 29 year old Frenchman feels the midfield battle will be pivotal on Saturday and is expecting a typical English cup tie.

Flamini told Arsenal Player : “Everton played an amazing game against us at the Emirates,”.

“We have to play them again in the FA Cup and we know it won’t be an easy.

“We’re talking about Everton but we could easily to talk about every team in England. That’s part of the English game. When you want to win a game you have to first of all win the challenge and win the battle in the midfield.

“But if you don’t manage to put your team on the same level or an even higher level in terms of intensity, in terms of [the] physical aspect than the other team, you have no chance to play your game.”