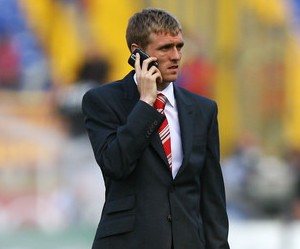 Manchester United midfielder Darren Fletcher has declared that the team is strong enough to win the Premiership.

Fletcher told the Daily Mail that : “We’ve got a fantastic squad,”.

“People always speak about us losing Carlos Tevez and Cristiano Ronaldo, but Antonio Valencia has come in, Nani will step up to the plate and others will improve.”