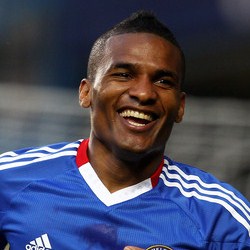 Despite having a contract with the Premier League giants until 2013, the 30-year-old French international hopes to add an extra year to that deal.

“I just want to feel I am important at the club,” he told the Daily Telegraph.

“Sometimes I don’t feel so when I see in the media that the club are thinking of selling me, and I know I’m doing great.

“I want to be the Ryan Giggs of Chelsea! I want to extend my contract by one year until 2014. The club have been saying that because I am over 30, I have to wait until the last year of my contract to speak about an extension. Questions come into my mind. Do the club want me to stay?

“I am waiting for a signal from the club. I am much appreciated by the coach. But I need support from the club as well.”