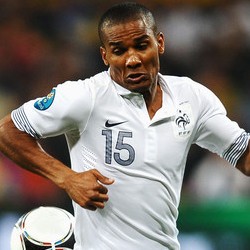 It has been revealed that Florent Malouda is ready to leave Chelsea this week.

The Mirror reported that the French international has been told he can leave Stamford Bridge.

The 32 year old left winger has attracted interest from Brazil and his native France.

It is now said that Malouda is keen to sort out his future in the final week of the transfer window. Oscar Thrilled To Have Drogba As Chelsea Teammate