It has been reported that Kolo Toure has taken plenty of heart out of his own individual performance as well as the Liverpool team’s on Tuesday night. 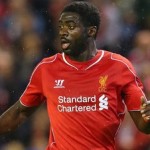 The veteran Ivory Coast defender played a full 90 minutes as the Reds were narrowly beaten 1-0 by Real Madrid at the Santiago Bernabeu in the Champions League.

It was the 33 year old’s first start since the Capital One Cup meeting with Swansea City on October 28 and he now feels he is ready to step up whenever Brendan Rodgers gives him a chance.

“People were saying we had no chance against Real Madrid but that gave us motivation,” said Toure.

“When you don’t play a lot and a manager gives you a chance to show what you can do, you give everything you have got.

“That is what happened and that’s the way we need to play in every game now. We all showed the manager we will fight.”

The former Arsenal and Manchester City centre-back added: “As a team, we worked so hard, and I am really proud of the boys. We could have got a draw out of it.

“I have missed games like this. These are the kind of games you remember all your life. The last game I played here was with Arsenal, when we won.

“I play with my heart and I am ready to fight for my club.”