Reports are out claiming that Arsenal legend Nigel Winterburn says the current squad is still short of title challenging quality. 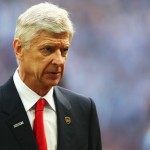 Despite back-to-back FA Cup triumphs, Winterburn thinks Arsenal’s squad is still too weak to compete with the likes of Chelsea and Manchester City.

He told talkSPORT: “If you look at it, he (Arsene Wenger) has got to spend money because the Premier League is the one.

“Chelsea were better this year and more consistent. He’s not missing too many players, he just needs two or three players – they still need a leader.”


Abou Diaby Set To Be Released By Arsenal