Fluminense midfielder Deco has announced his retirement from professional football. 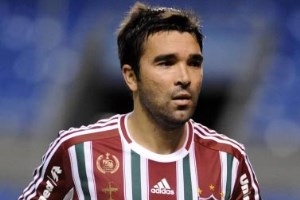 Deco is quoted as saying by AS : “With great sadness and regret I announce the end of my career as a professional athlete,”.

“The last minutes with Fluminense on Wednesday were my last of my 17 years as a footballer.

“I would have loved to continue until the end of the Brasileiro and help the team get back in the Libertadores but my body wouldn’t let me.

“I’m very grateful for all the trust and affection.” Man Utd Legend Cole Reponds To Scholes Criticism : We Won’t Do A Liverpool!