Former Manchester United defender David May is strongly believes that the club are still in the title race. 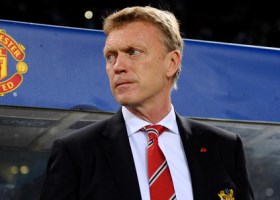 May, who was supporting the Manchester United Foundation Chevrolet Trax eBay auction, made it clear he does not agree.

The 43 year old told the Manchester Evening News : “We were 12 points behind Newcastle a few years ago and we managed to claw that back,”.

“It’s about whether Arsenal can sustain it. Everybody is beating each other at this particular time.

“There have been some funny results already and there are a hell of a lot of games to go.

“Arsenal still have Chelsea to play, they must go to Liverpool, they have Manchester City twice.

“Everyone is going to drop points. For United it is just a matter of hanging in there.”