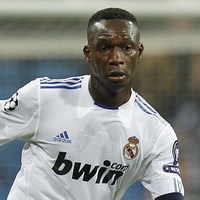 The 30-year old Mali international will join the club on a free transfer until the end of the season with the view to a permanent move pending the receipt of an international transfer certificate and visa.

Diarra last played for AS Monaco last season and has also played for Lyon, Vitesse Arnhem and OFI Crete during his career.

During his time with Lyon, Diarra won four league titles, and a further two in his Real Madrid spell and has also been capped by Mali on more than 60 occasions.