It has been reported that Quinton Fortune believes Louis van Gaal needs to be given more time at Manchester United. 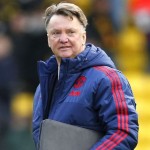 Despite sitting third on the Premier League table, the Dutchman continues to be slammed for United’s style of play, which has been labelled by many pundits as lacking cutting edge and at times even boring.

However, former Red Devils midfielder Fortune suggests that the Old Trafford outfit are capable of achieving plenty of success once it all clicks under former Ajax, Bayern Munich and Barcelona boss van Gaal.

Fortune told Sky Sports : “The criticism is a little unfair because it’s impossible to live up to Sir Alex Ferguson, their greatest manager,”.

“It’s a different style compared to what we are used to, but he mentioned when he arrived that he was going to do it his way and we have to expect that. The style is not what fans expect at United but you have to be patient.

“He’s a manager who likes to work with young players, as you can see at the moment, and he just needs a bit of time because put it all together. If you look at the season there are games when it has clicked. For example, against Everton we played really well and we saw some signs of what he’s capable of doing.

“I’m waiting for everything to click. Once it clicks, we are going to see something really special. To be in the position we are in at the moment and not playing well, that’s a good sign. I expect United to kick on in the second part of the season and get stronger.

“Van Gaal has got experience he’s done it at other clubs. I actually spoke to one of his ex-players, Jari Litmanen, and he mentioned that when he played under Van Gaal at Ajax he was probably the best manager in the world.”

Fortune added: “If you look at the success of Bayern Munich at the time he was there and the success they are having now under Pep Guardiola, that is all part of Van Gaal’s work as well, when he introduced [Frank] Ribery and [Arjen] Robben on the wings.

“I think Van Gaal is trying to find the best formula for the team to win.”