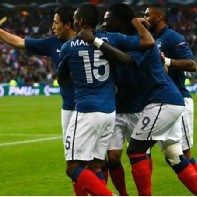 France produced the necessary response to Bosnia & Herzegovina’s hammering of Luxembourg as victory over Albania gave them the upper hand going into their final Euro 2012 qualifier.

Goals from Florent Malouda and Loic Remy put the Group D pacesetters in control by half-time and Anthony Reveillere rounded off the win in the second half.

Les Bleus host Bosnia in Paris in their final game next Tuesday with both teams certain of at least a play-off place, with a point sufficient for Laurent Blanc’s men to qualify as group winners.