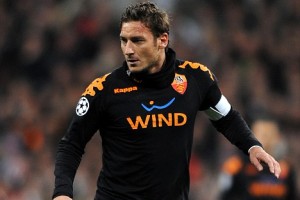 AS Roma midfielder Francesco Totti has signed his new contract with the Serie A club.

Italy international Totti has officially signed a contract extension tying him to Roma until June 2014 with a future as a director.

The captain had been in talks for some time over penning what is effectively the last contract of his playing career.

Last night, once the trading had ceased on the stock market, Roma could formally announce that Totti has extended his agreement with the side until June 30, 2014.

Francesco Totti Wants To Continue Playing For AS Roma