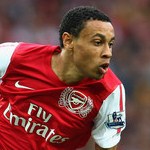 It has been revealed that Francis Coquelin is fed-up with the lack of first team chances he’s seen at Arsenal.

Coquelin has made just five appearances in total for Wenger’s side this season and has admitted his lack of action is forcing him to consider his future, with a January move fixed firmly in his mind.

“I thought I had a shot to play so I decided to stay at Arsenal. I played a lot at first, even big games, but when players came back from injury I just disappeared,” Coquelin told France Football.

“It is often said that when you are young you have time but I played a whole season at Lorient and now I’m virtually not playing at all. It’s annoying. Given my playing time for sure the idea of a departure this winter is in my head.”


David De Gea : United Can Still Win It All!