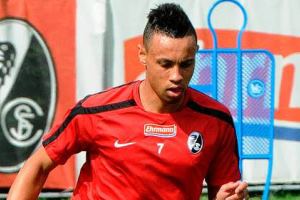 It has been revealed that Francis Coquelin is unsure of his future at parent club Arsenal.

The 22-year-old started 11 league games for Arsenal last season, but he is now looking for a complete campaign in the Bundesliga while on loan with SC Freiburg.

Coquelin told France Football : “I had the opportunity to join Lorient in the summer and I thought about it but finally I chose Freiburg because I wanted to discover something new,”.

“My future? I am only focused on Freiburg so far. I put Arsenal aside. My priority is to play as often as possible.”