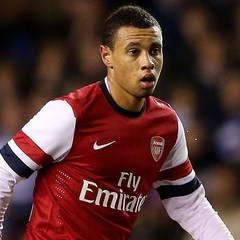 Arsenal midfielder Francis Coquelin has declared that there is no need to dwell on their defeat at Olympiakos.

The Gunners lost 1-0 in their final Champions League group game this week.

The 21 year old told Arsenal Player : “We started really well, we had a great first half and when you are winning 1-0 away you want to hold on to the result,”.

“We dropped a little bit and they scored two goals, so we are really disappointed.

“It is a tough place, but let’s not forget we are Arsenal Football Club and when you come here, everyone wants to win [against you]. We could have come back with a win so we are very frustrated.

“But now we have to concentrate on the next game, we have a really important match against West Brom and we want to get the three points. We had a few bad results recently, so we need the three points at the weekend.”