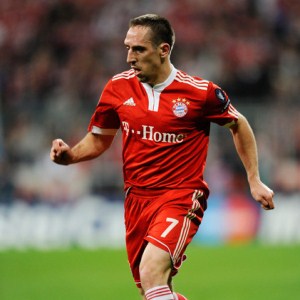 Bayern Munich wing ace Franck Ribery has urged team-mate Bastian Schweinsteiger to commit his future to the club amid interest from abroad.

The German internatioanl will be out of contract in 2012 and it is believed that Bayern are hoping to persuade him to sign an extension.

However, on his part, Schweinsteiger warned during the summer that he was “not married” to the club and could be tempted by a move abroad.

“I have a great relationship with him. He has developed into a world-class player.

“Players like him are extremely important to further progress in European club competitions. If he asks me, I’ll immediately say, ‘Stay with Bayern, Basti!'”

Schweinsteiger recently expressed an interest in moving to the Premier League, with Manchester United and Chelsea reported to be among the interested clubs.

Schweinsteiger said in the Sunday Times : “I love the kind of speed of the English game but I don’t know what will happen with me,”.

“What I love is the atmosphere in English stadiums. When we played last year in Manchester, it was fantastic. My brother is a big fan of Man U and he always says, ‘Go to Man U, go to Man U.’ I say, ‘I can’t, I can’t’.

“For me, in England the fans are better. When the team give their best, they are not booing. It’s more like they are fans more with the heart.”

He added: “I watch the English games on TV and I like the Chelsea style at the moment. They’re very strong.”