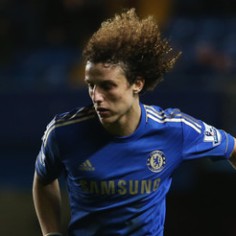 Frank Lampard, who made his 500th Premier League start against Villa and became Chelsea’s all-time top scorer thanks to his second-half strike, hailed the talent of David Luiz and thinks he can be a success in both defence and midfield.

Lampard told ChelseaFC.com: “He has the ability to play either position and he has been a fantastic defender at this club.

“People say that central midfield is also a role for him and I think they are right.

“You still have to have discipline and be in the right position and you can’t take liberties, and against Villa he showed that he has the discipline and the ability to do that role.” Chelsea Closing In On AS Monaco Striker Radamel Falcao Thibaut Courtois Pleased At Permission To Play Against Chelsea