Reports are out claiming that Frank Lampard is playing for another contract at Chelsea. 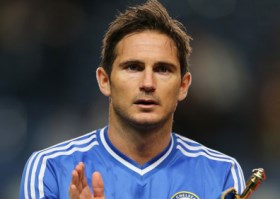 The England international veteran is determined to win another year’s contract at Chelsea as well as make the World Cup finals.

Lampard’s £150,000-a-week deal at Stamford Bridge is up at the end of the season and the midfielder said: “I feel good. I want to play for a few more years and I’d love to do that at Chelsea for as long as they want me and for as long as I feel I’m contributing there.

“There’s a long season still to go, we’re not even at Christmas yet, but I hope to keep performing.

“If the time came when Chelsea said “thanks very much for your service”, I’d have to look at that one.”