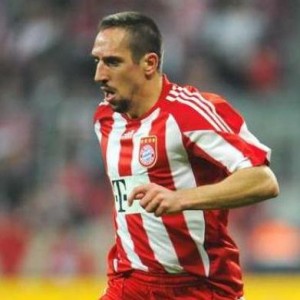 Bayern Munich winger Frank Ribery has set his side the target of winning the next three games to make their start to the season a good one.

Bayern Munich suffered a shock home defeat to Borussia Monchengladbach on the opening day of the Bundesliga season, and Ribery believes the club’s next three fixtures against Wolfsburg, FC Zurich in a Champions League qualifier and then Hamburg, are must win matches.

The Frenchman said: “It’s very important to win at Wolfsburg, but we want to win three straight games.”

The 28-year-old has struggled with injury over recent months and was forced to start on the bench against Gladback on Sunday due to an ankle problem, he is confident he is back to full fitness now though.

He continued: “I have trained well since the defeat, I was hurt for a week, but I had prepared well for the season ahead before that.

“I can play and give 100 percent. It’s good for me to get the rhythm and confidence.”