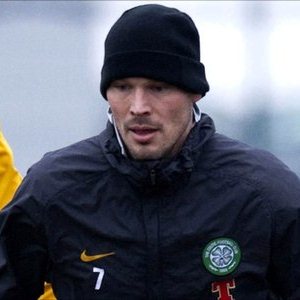 Celtic midfielder Freddie Ljungberg has revealed that he is determined to lead his new club to victory in his first match at Parkhead.

The Swedish international midfielder has played three matches for the Bhoys, two in the league, and all away from home but has not yet played in front of the Celtic Park fans.

After experiencing a brilliant home record with Arsenal in the English Premier League, Ljungberg plans to bring that to Celtic when the Hoops host Aberdeen on the weekend.

Ljungberg said : “At Arsenal we were a good team and almost never lost,”.

“But if we did I was embarrassed that we’d let people down in that way as people cared. I feel that is the same thing at Celtic.

“If we lose a game here people will let us know.

“If you want to be at the top you are supposed to win. That’s the mentality I have had my whole life. That’s the kind of clubs I have always been with.”