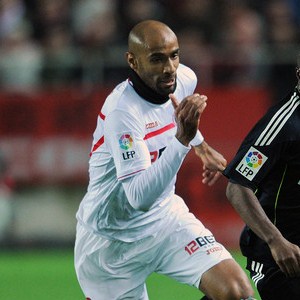 Reports are out claiming that Sevilla striker Frederic Kanoute is keen on a move to Major League Soccer.

The 33 year old Mali international revealed to French daily L’Equipe that he could be on his way out of Spain in the summer and said that the United States is a place which appealed to him.

Kanoute said : “Neither I nor the club would be against anticipating the end of our beautiful history,”.

“The United States and Qatar, are adventures that interest me.”

The former Lyon, West Ham United and Tottenham man has scored more than 80 goals in over 170 appearances for Los Rojiblancos.

Fabiano : I Did Not Say I Want To Play For Manchester United