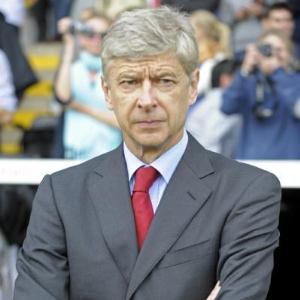 Arsenal’s season of frustration ended with a 2-2 draw at 10-man Fulham, which will leave the Gunners having to qualify for the Champions League.

Steve Sidwell swept the hosts in front after 26 minutes, only for Robin van Persie to quickly equalise.

However, Bobby Zamora nodded in just before the hour with Zoltan Gera shown a straight red card two minutes after coming on, but a late goal from Theo Walcott earned Arsenal a point as they finished fourth behind FA Cup winners Manchester City.