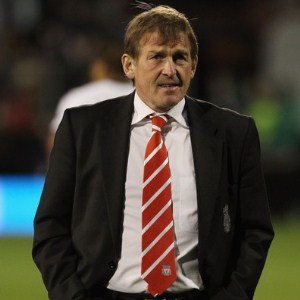 Maxi Rodriguez continued his rich vein of goalscoring form as Liverpool blitzed Fulham 5-2 at Craven Cottage to jump above Tottenham and into fifth place in the Premier League.

Argentine Rodriguez added to the hat-trick he scored against Birmingham two weeks ago with another three against the Cottagers, taking his tally to seven in his last three games.

Dirk Kuyt and Luis Suarez also got their names on the scoresheet as Liverpool’s upturn in form under Kenny Dalglish continued, with victory seeing the Reds climb two points above Spurs, who have a game in hand – against Manchester City – on Tuesday.

Moussa Dembele and Steve Sidwell were on target for Fulham, but the former’s strike came too late at 3-0 down and the latter’s was a mere consolation as time ran out. Defeat for the Cottagers, their first at home in eight games, sees them remain in 10th.