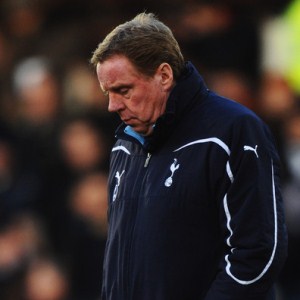 Fulham eased into the fifth round of the FA Cup after a defensive horror-show from Tottenham saw Mark Hughes’s side win 4-0 at Craven Cottage.

Michael Dawson was the biggest culprit as his mistake resulted in the first Danny Murphy penalty, while his foul on Clint Dempsey created a second and a sending off for the England defender.

Brede Hangeland exploited shocking defending at a corner to add a third midway through the first half, while Moussa Dembele ran to a superb solo fourth, although the visitors were again woeful at the back.

Fulham will next host the winner of the fourth-round replay between Bolton Wanderers and Wigan Athletic for a place in the quarter-finals.