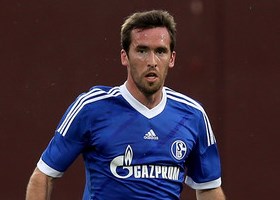 The Mirror reported that the Austria international defender was close to joining Rene Meulensteen’s Cottagers in the January window, and remains on their radar for the summer.

Fuchs has won over 50 caps since his international debut in 2006 and is at his peak with the Bundesliga side.

Fulham, who can snap up the 27-year-old for a bargain £2million, see him as a long-term replacement for John Arne Riise.