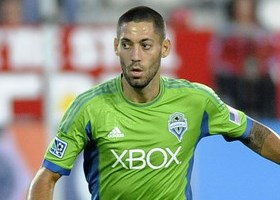 Reports are out claiming that Fulham are seeking a loan deal for Seattle Sounders striker Clint Dempsey.

The Daily Star Sunday reported that the 30 year old joined MLS side Seattle Sounders in the summer after a season at Spurs.

Now the USA international is being tipped for a brief return to England when the MLS season ends in December until the US league starts again in March.