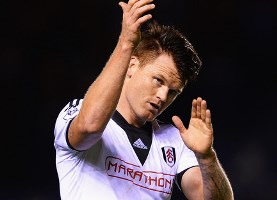 Jol claims that the 33-year-old Norwegian, who is set to be out of contract in the summer, can quit the club when the transfer window opens in the new year.

He said: “I feel John Arne Riise is such a good guy and a good player that he deserves to play.

“I can’t give him that because Kieran [Richardson] is more energetic, which is what I need.

“If he’s not playing, he’s at an age where he should play games. That’s his idea as well.”