Reports have emerged claiming that Fulham are preparing to sack manager Felix Magath. 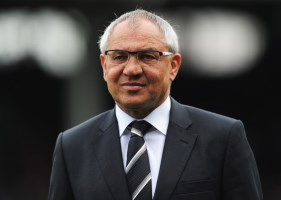 The Daily Star revealed that Magath is likely to be dumped at the end of the season if the club, as expected, are relegated from the Premier League.

In that time he is understood to have alienated many of his first team squad with a strict training and coaching regime – to the point where officials now fear a player revolt.

The Cottagers find themselves rooted to the bottom of the Premier League, five points adrift of West Brom in 17th, who also have a game in hand.