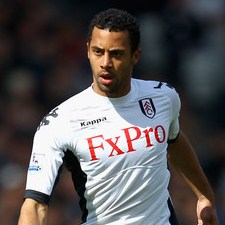 Reports are out claiming that Manchester United have failed with a bid for Fulham attacker Moussa Dembele.

talkSPORT claim that United made an offer of less than £5 million for the Belgium international.

Cottagers boss Martin Jol admitted on Friday that there had been no offers from Real Madrid, who are reportedly interested in the midfielder, but revealed there had been a derogatory proposition from a Premier League outfit.