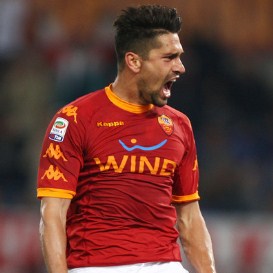 Reports have surfaced that Fulham are closing in on AS Roma striker Marco Borriello.

The Daily Star has reported that the Cottagers plan to solve their striker crisis with a cut-price £3m move for Borriello.

Cottagers boss Martin Jol needs cover up front for Bobby Zamora, who is playing with a broken hand.

Borriello, 29, has hit more than 50 goals in the last four seasons during spells with Genoa, AC Milan and Roma. AS Roma Plays Down Man Utd Approach For Kevin Strootman