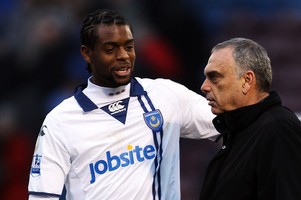 Fulham are in pole position to sign Portsmouth’s loan star Frederic Piquionne, according to reports.

Lyon are thought to be willing to sell the Frenchman for a fee of £3million and a number of Premier League sides are weighing up a move for the forward.

West Ham and Blackburn are thought to be keen on Piquionne, who scored 11 goals for Pompey.

Fulham are believed to have contacted Lyon to discuss a possible move and are keen to tie up a deal to take him to Craven Cottage.