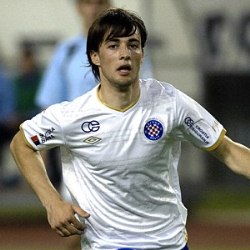 The Daily Mail has reported that Fulham are interested in the 20 year old Croatian striker.

Club scouts have been sent to watch Vukusic play for Hajduk Split against Bursaspor in a pre-season friendly.

Vukusic, who has been linked to Arsenal, Chelsea and Tottenham, scored 18 goals in 40 games last season.

Giovani dos Santos Linked With A Move To Udinese