Reports are out claiming that Fulham want to keep hold of Johnny Heitinga for next season. 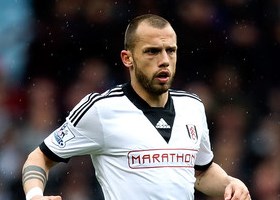 The Sunday Mirror reported that Fulham aim to start contract talks with Heitinga this week – to keep the Dutch defender at Craven Cottage next season.

The 30 year old agreed a short-team deal for the rest of the current campaign after moving from Everton in January deadline week, with Fulham agreeing to take over the terms of his existing Goodison deal.

But Heitinga is happy in London and keen to stay as long as the club remain in the Premier League, with manager Felix Magath wanting to tie him down to a two-year contract.