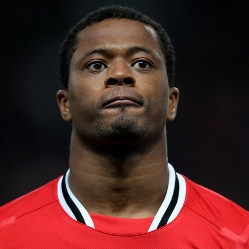 It has been revealed that Liverpool are furious with the FA’s findings.

And in a statement last night, Liverpool now want Evra charged for his part in the latest storm.

They declared: “We would also like to know when the FA intend to charge Evra with making abusive remarks to an opponent after he admitted himself in his evidence to insulting Luis Suarez in Spanish in the most objectionable of terms.

“Luis, to his credit, actually told the FA he had not heard the insult.

“We look forward to the publication of the Commission’s Judgment.

“We will study the detailed reasons of the Commission once they become available but reserve our right to appeal or take any other course of action we feel appropriate.”